Posted by Carol Harper, Community Media at 6:27 AM No comments:

T. Bone Burnett terms the Americans, “genius twenty-first century musicians that are reinventing American heritage music…it sounds even better…”  and Greil Marcus says of the group, "From the first rolling guitar notes, carrying sadness and defiance like dust, this sweeps me up: I want to know everything about where that feeling came from, and where it's going."

With credits such as performing on the Late Show with David Letterman and playing the first dance at Reese Witherspoon’s wedding, the Americans are rising stars in original rock and roll with deep roots in traditional American music.

“These guys are awesome,” says Tony Feist, proprietor at Feist Wines, “They bring an energy and vitality at the forefront of the music scene today. It is amazing to host musicians of this caliber.” The Americans are first in a summer concert series at Feist Wines that features Sean Watkins, The Lowest Pair and Smooth Hound Smith who are currently on tour with the Dixie Chicks.

General admission tickets are $20 and are available at the Sutter Creek tasting room or at feistwines.com. 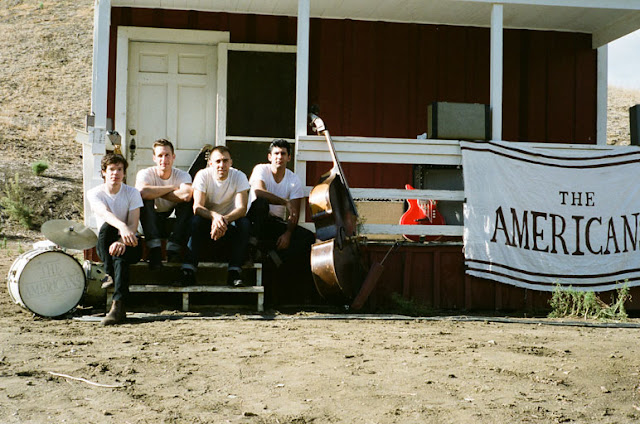 Posted by Carol Harper, Community Media at 8:27 AM No comments:

Posted by Carol Harper, Community Media at 4:27 PM No comments: