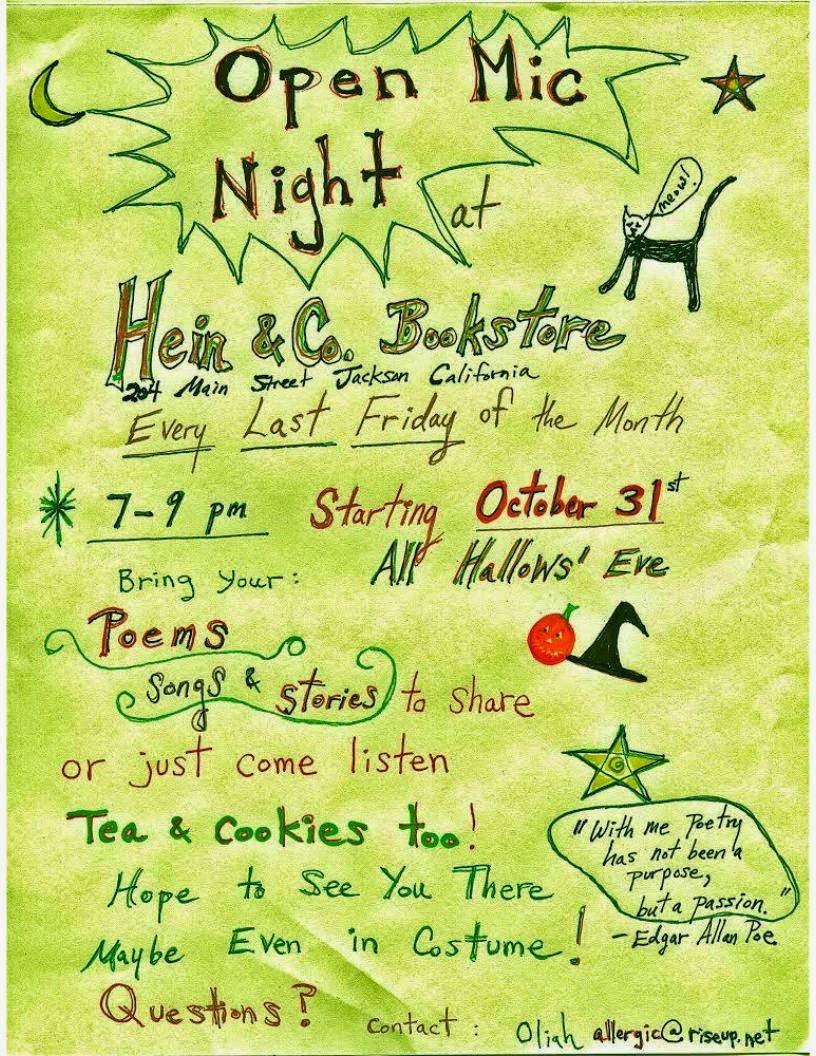 Posted by Carol Harper, Community Media at 6:34 AM No comments:

Gallery 10 will honor local artist Ted Smith as its November Artist of the Month.  For years Ted painted local and distant scenes in impressionistic and realistic styles, a few of which will be in his show.  Recently, Ted expanded his creative talent into exploring abstract paintings.  Using vivid color in a variety of media has provided him an outlet for greater self-expression.

Mr. Smith has been painting for the better part of his 79 years beginning with scenes from his Monterey Bay birthplace.  Painting is "in his blood" as his grandfather, an accomplished artist, was his first mentor.  Upon retiring from teaching, Ted has been influenced by studying under painter Howard Rees and participating in workshops with Barbara Neches, Lynn Slade and Jeannie Vodden.  He shows with the Art in Public Places Program and has won numerous awards at the Amador County Fair Art Show.  For Ted, facing a blank canvas "is always a challenge" and finishing a painting that satisfies him emotionally is a great experience.

Ted's studio serves as his painting space as well as the storing of found objects and artistic supplies he enjoys collecting.  It also functions for his expert framing business of more than 30 years.

Gallery 10 invites you to meet with one of Sutter Creek's local characters at a reception in his honor on Saturday, November 1, between 2 and 5 pm.  Appetizers, wine and/or punch will be served.


For more information call the gallery at 209-267-0203 or visit the website at gallery10suttercreek.com.  Hours are 11 am to 5 pm Wednesday through Monday.  The gallery is located at 15 Eureka Street, just off Main and next to Susan's Place.

Posted by Carol Harper, Community Media at 5:21 AM No comments:

Posted by Carol Harper, Community Media at 4:54 AM No comments:

The Mother Lode Friends of Music, the regional organization of classical music performance serving the central region of the gold country, presents its first concert of chamber music in the new season on Sunday, November 2, starting at 2 pm in the Church of the Nazarene, 14050 Ridge Road, in Sutter Creek. The concert is free and open to the public.


The concert is devoted to music of the Baroque era and presents seven of the organization’s top performers: Corina Stoian on violin, Ron Brickman on harpsichord, Sandra Betti on flute, Hank King on recorder, Jane Buzzard on oboe, Gail Buzzard on bassoon and Alice Williams on cello.


The concert opens with the dazzling Sonata in D for violin and harpsichord by Jean-Marie Leclair, famous throughout musical history for its final movement “Le Tambourin” (The Tambourine), performed by Stoian and Brickman. Hank King, with Brickman and Williams, performs the enchanting Recorder Sonata in A minor of Georg Fridiric Handel. The first half concludes with the majestic Trio Sonata in D minor of Johann Sebastian Bach, performed by Betti, Jane and Gail Buzzard, and Brickman.


The second half of the program opens with the charming Trio Sonata in C for Recorder and Flute, with bassoon and harpsichord accompaniment, by Johann Joachim Quantz. It is one of the rare works of Baroque music featuring both the recorder and the flute. The grand Chamber Concerto in G minor of Antonio Vivaldi follows, with six of the seven instruments represented: recorder, oboe, violin, bassoon, cello and harpsichord. The concert continues with the Quintet in D of Johann Christian Bach, one of J. S. Bach’s sons who incorporated elements of Baroque music into the musical ideas of the emerging Classical era. In this work, both the harpsichord and cello are retained as accompaniment instruments but are also given solo passages. The selection presents many of the refreshing innovations of classical music, including the emphasis on melody and chordal rather than contrapuntal accompaniment, conveying the overall delicacy and graciousness that marked the era.


The concert concludes with a contemporary work for violin and harpsichord by Japanese-American composer Asako Hirabayashi, combining both modern romanticism and brilliant virtuosity in both instruments.


All players are familiar to classical music lovers in the Mother Lode. International concert violinist Corina Stoian has become one of the Friends of Music’s most popular performers since her U.S. debut in 2008. Now living in the San Francisco Bay Area, she performs regularly in the Friends of Music’s concert series and serves as concert master of the organization’s orchestra. All the other players live in local communities and are prominent participants in the area’s musical scene. 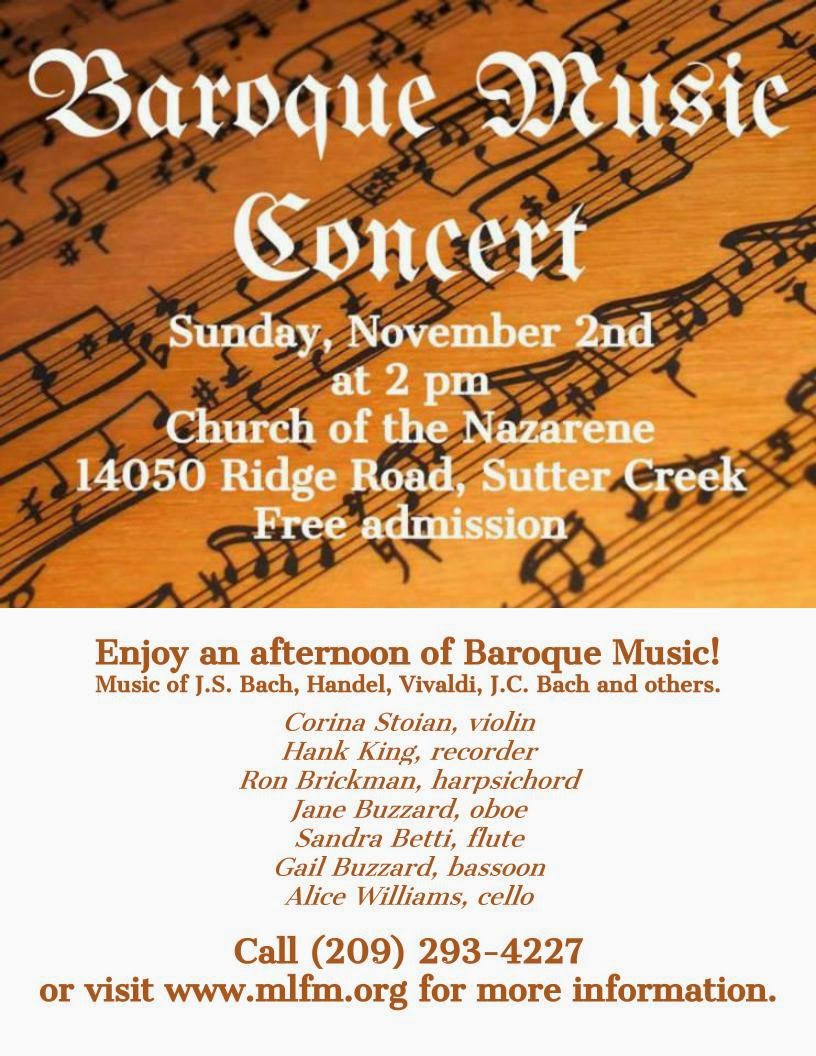 Posted by Carol Harper, Community Media at 6:38 AM No comments:

Posted by Carol Harper, Community Media at 7:26 AM No comments: