JACKSON, CA – One of today’s top touring rock bands, WAR, will perform their greatest hits at Jackson Rancheria Casino Resort on Saturday, November 3. The show is at 7 p.m. in the Grand Oak Ballroom at the Hotel. Must be 21 or older to attend. Food and beverages will be available.
Tickets are $40 and are available at the Casino Cage and JacksonCasino.com. Dreamcatcher’s Club® members can get discount tickets for just $20 only at the Casino Cage. All seats are general admission.
WAR, the original street band, was the brainchild of veteran record producer Jerry Goldstein  and rock legend Eric Burdon (former lead singer of The Animals). 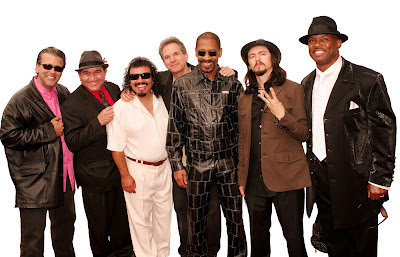 “I first saw some of the guys who would eventually become WAR playing at a bar in the San Fernando Valley, backing Deacon Jones, the pro football player, and knew immediately how potent these kids were,” states Goldstein. “I was friends with Eric and he was ready to throw in the towel on the music scene and return to Newcastle. He was tired of the ‘rock’ thing and desperate for a fresh authentic sound. I called him the morning after I first saw the band and made him return to the club the next night with me. Eric was so blown away by what he had heard that he jumped on stage to jam with them. The guys were so sheltered, that they hadn't even heard of Eric or The Animals. I had them in the studio within a week, and the rest is history!”

Eric parted ways with the band in 1979 and WAR went on to assert their own history.

That history includes decades of hits including “Low Rider,” “Cisco Kid,” “Why Can’t We Be Friends?,” “The World is a Ghetto,” “Slippin’ into Darkness,” “Spill the Wine” and so many more.
For more on WAR, visit war.com.

Located in the Sierra foothills town of Jackson, CA, Jackson Rancheria Casino Resort is owned by the Jackson Rancheria Band of Miwuk Indians, a federally recognized Indian tribe. A sovereign government, the Rancheria is dedicated to developing projects that not only enhance the tribe’s ability to remain self-reliant, but also reflect a commitment to be a good neighbor.

Posted by Carol Harper, Community Media at 9:23 AM